Movie star 102: The headlines are never what they seem.

Quellcrist wasn’t new to fame or the effect it had on a relationship. He’d been married in the spotlight for as long as he’d been famous. But that was before Hale. He knew it was going to test him but even he hadn’t known the toll that months apart would take on his fledgling relationship. 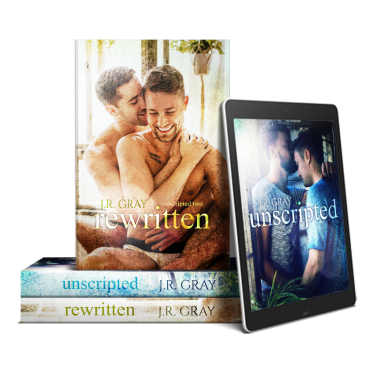 Long days of shooting, different time zones, calls every day dwindled to days without calls, and rumors were all over the rags. Through it all Quell had to battle his own worst enemy but he didn’t know how to win against something inside him. Depression ate him whole and pain took over.

There was so much more at stake than losing his boyfriend, he was losing his best friend. His lifeline, the love of his life. Was there any way to come back from the damage done?

Can they rewrite their ending?