This is clearly a long story, and a lot more in-depth than I’m going to share online. I’ve posted a few times vaguely about dealing with hateful people. but I’ve rarely gotten into the nitty gritty of it. I am quite private and rarely talk about issues I’m dealing with on social media, and I try not to put a lot of my kids life online. For a while I was going back and forth on the issue, trying to decide if I should confront this person or just avoid her, but I’ve decided I need to set an example for my kids by standing up to the hate I’m receiving.

There are many ways to deal with negativity, and usually my choice is to ignore and move on. I don’t like to hold on to hate, and for the most part I’ve found you can’t change ignorant people’s minds so they aren’t worth your time. It’s a little harder to turn things off in person, but it can still be done. But this time was different. I’ve gotten comments from strangers, and family about my trans-ness and I’ve written before about dealing with them and not being accepted, but this was the first time someone I thought was a friend showed their transphobia. A big part of me wanted to go the avoidance route. I could just smile to this person’s face and stop associating with her as much as possible. Easier said than done because we run in a lot of the same social circles, but not impossible. But the more I thought about it, the more I saw how much this would affect my children. What a disservice I was going to be doing to them by turning the other cheek so to speak and still being polite to this person. By doing so I would be showing my children they have to accept being treated this way. So I needed another plan.

For some reference, one of the many things this person has done over the past few weeks was to tell a few other parents in our social circle: Gray’s gender ‘choice’ is fucking up her kids.

This person is clearly transphobic. Not only did she use the wrong pronouns for me when she knows the correct ones, but she also outright said that my gender dysphoria and identity is a choice, as well as the worst thing: that being who I am is detrimental to my children. Upon first hearing this I was livid. She has, as long as I’ve known her, told me over and over that she is an ally. That she supports ‘the gays’ (her wording). She started to say it so much it came off as a little slimy, like she had to convince herself she supported me and queer people, but I let it go trying to think the best of people. I soon learned however, she was only okay with queer people as long as they stayed out of her life and her little bubble.

My first red flag with this woman was when her daughter came out as bisexual. I had known for awhile her daughter was bisexual as she came out to my daughter months before and my kid tells me most everything. When her daughter came out her, she told her she was ‘confused’ and not really bi. She told her she was confusing feelings of friendship with love and that she would grow out of it. This of course pissed me off, but she’s not my kid so there was little I could do about it. I wanted to keep allowing this kid around so she’d have a safe space with my daughter.  There were several more issues with this person, where she was mad at my child for posting pictures of queer people in love on Pinterest, claiming it made her child uncomfortable. This was Disney type stuff no worse than you’d see in a PG movie. The issue was the art was same sex couples. I wouldn’t reprimand my child for it, she lives in a queer household. Posting PG pictures of queer people in love is her normal, and it’s extremely homophobic for anyone to tell me it’s not okay for my kid to post such things. If these were heterosexual images of a similar nature it would not have been a problem.

This series of actions over the past few months made me joke with my friends that she must think I’m the queer person corrupting her kids. It started off as a joke, but now she has confirmed my words with her statements.

So I spent some time thinking it over, and centering myself. I don’t like to act out of anger. I like to come from a calm place so I’m not accused of being the angry overreacting queer person. I’ve decided I’m going to confront her face to face next time she talks to me, which I’m pretty sure she will.

I’m not sure what I’m going to say yet, as I will probably write fifteen drafts of that as well. But it will probably include telling her her comments are transphobic and ignorant. That my gender and identity aren’t a choice. I am not going go back down, or hide in a corner.

Yes, my gender affects my children, but not because it’s a choice for me or people like me. My gender affects my children because of transphobic individuals who hate me because of what I am.  Day in and day out, my children have to witness transphobia, and the affect it has on me and our lives. They feel my pain, and experience the comments I get in public, and witness my so called friends treating me poorly, and accusing me of turning their kids gay. But my gender isn’t the problem. My queerness isn’t the problem. This wouldn’t affect my children if they didn’t have to witness first hand transphobia. My kids love me for who I am. They easily understood the concept when it was explained to them. Children aren’t negatively affected by having gay parents. They are negatively affected by the hate of others and I’m going to show them it won’t be tolerated, and it won’t be pushed aside, and it won’t be ignored.

This blog is part of a new series on queer parenting Gray is starting. New post next week! 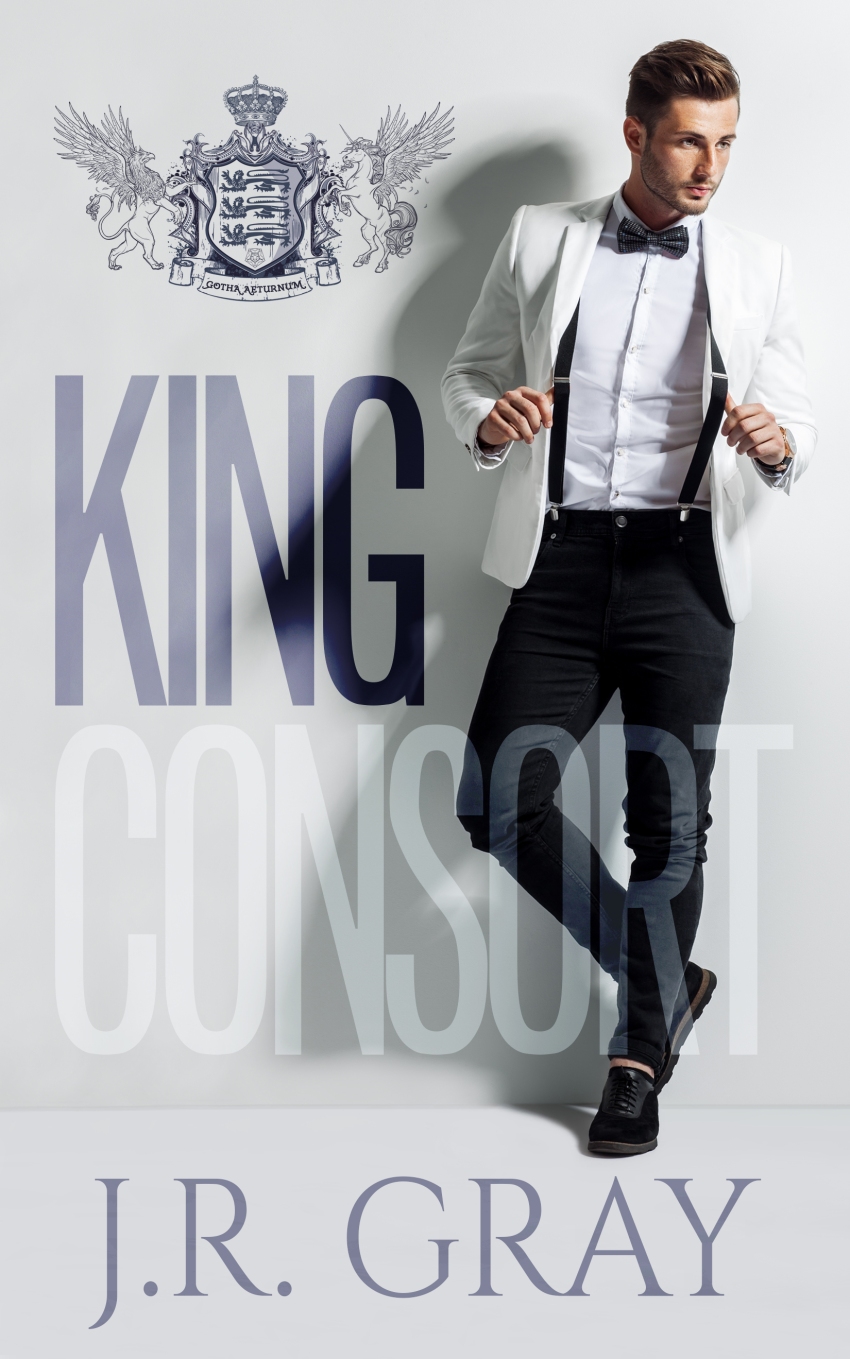 Avoiding sleeping with women was my specialty, an art form even. As the future King of England I couldn’t be caught sleeping with men. My whole life played out in front of the paparazzi, and they didn’t miss a thing.

I had a carefully crafted womanizing persona to maintain. My life came with rules, all of which I broke when I couldn’t resist a one night stand with the enemy: A beautiful paparazzo with a heart of gold. He may be the only person who doesn’t want me for my title, and he can never be anything more than my secret.

But secrets have a way of coming out and not only will they scare him away, but they’ll lose me the crown.

When not staying up all night writing, J.R Gray can be found basking in the warm glow of the Miami sun, or at the gym where it's half assumed Gray is a permanent resident. A dominant, pilot, and sword fighting enthusiast, Gray finds it hard to be in the passenger seat of any car. Gray frequently interrupts real life, including normal sleep patterns, to jot down nonsense. The bane of Gray's existence are commas, and even though it's been fully acknowledged they are necessary, they continue to baffle and bewilder. If Gray wasn't writing…well, that's not possible. The build up of untold stories would haunt Gray into an early grave or possibly a mental institution where the tales would end up on the walls in crayon and finger paint.
Loading Comments...
%d bloggers like this: