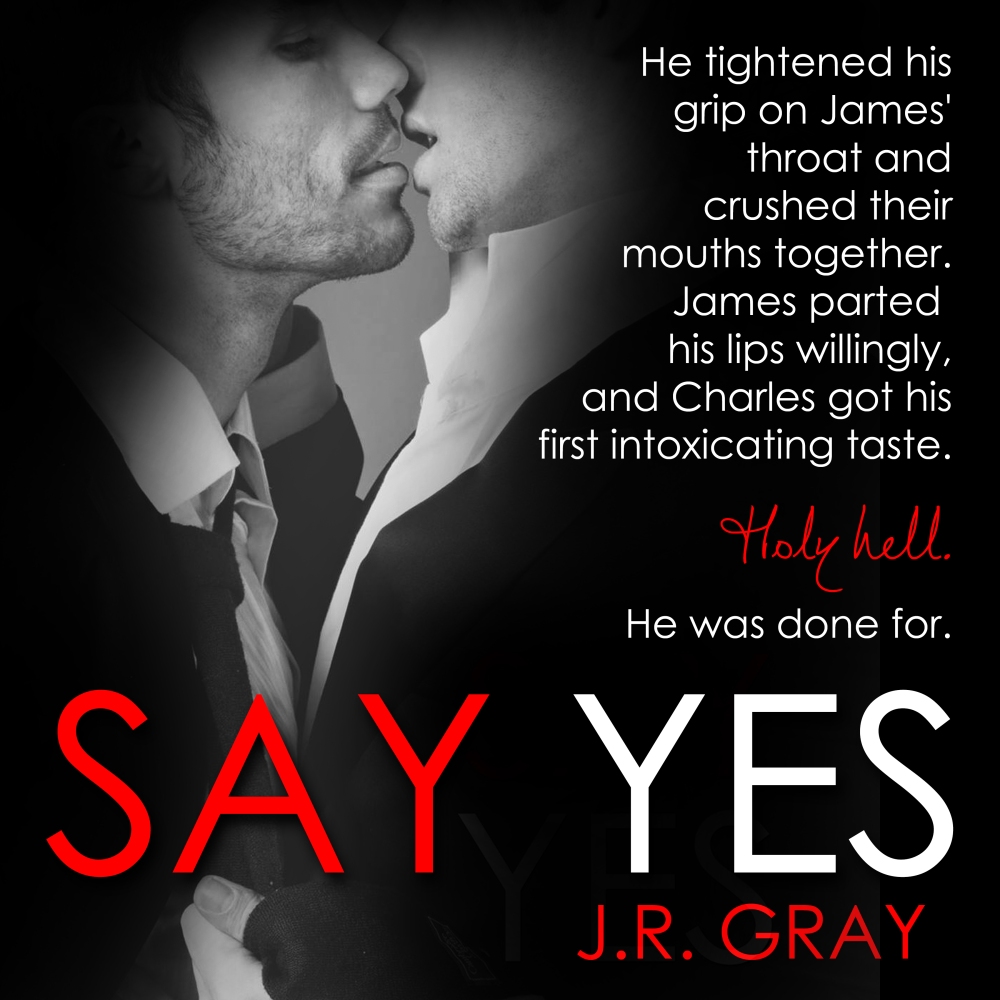 “He’s dead.”
James hadn’t even taken off his coat before she said it. “What?” The fabric slid down his arms and crumpled

on the floor as he forgot to catch it. His knees went weak as he looked into his mother’s eyes. “This morning you said— they said—” He swallowed past the lump in his throat. “I would have skipped finals.”

It wasn’t on purpose. She didn’t do it on purpose, he told himself over and over.

She turned her back on him, beige stilettos clicking on the marble floor as she crossed the foyer to refill her drink at the bar. “We need to have a discussion.”

James bent over to pick up his coat, realizing there wasn’t a servant waiting to whisk it away. He threw it over the back of a stiff chair she’d had reupholstered since he’d last been home.

She brought her martini glass to her mouth, sipping at the clear fluid with red lips, before she spoke. “With your father gone, we are going to have to make some changes.” She offered James one of the fake smiles she gave the ladies at all her charities.

The house was dead, all the life had gone out of it, sucked into the void with his father. It was a vacuum, impossible to breathe in. Sorrow welled up in his throat. James pushed his fingers into his hair, realizing he hadn’t gotten it cut since the semester started, and it was starting

to curl at the ends. Her shrewd gaze held him, and he knew what she was thinking. She hated it when he was anything but presentable to her standards.

“Such as?” It took an iron control of his feelings to keep it together. It was a trap. He’d never planned on coming back. But then his father got sick. His eyes started to burn.

“James, I have a lot of responsibilities. With your father passing—and all of my obligations—things are going to be tighter.” She pursed her lips.

“Tighter how?” Getting any information out of her was harder than getting money out of her.

“As you know, your tuition has been paid for in full.” Her thin lips set in such a way he could tell she wasn’t happy about that fact. “But I don’t think I’m going to be able to spare anything else.”

His apartment flashed before his eyes, and the platinum card suddenly felt heavy in his wallet. “What do you expect me to do, Mother?”

She shrugged one bony shoulder and turned away. “What does any college kid do at your age?” she paused. “Get a job?”

It wasn’t her responsibility to support him. He was eighteen, after all. Still, it was a cold knife of betrayal to the chest.

“Are you cutting me off?” He glanced around the massive house, loaded with priceless artwork he knew cost more than his condo. It was paid through the end of the year, which was three more weeks. He could hang out there for the holidays, but then what?

“Honey.” She knit her brow and came over to rub a hand down his back. “I am a widow now. I have to be able to sustain myself.”

Widow. It all hit him again. The ache in his chest

spread out, engulfing him until he couldn’t breathe. He pulled away from her touch like it was poisonous. “Where did they take him? I want to see him.”

“Mr. Dale came over and took the body. He’s in heaven with God now, James.”

He recoiled, suddenly having a bad taste in his mouth. “You know he didn’t believe in God.”

“Your father would be so disappointed in you speaking like that, James.” Her red lips curled up in a sneer.

James stared at her for a moment. “He rarely went to church. What the hell are you talking about?”

“He went every day toward the end. You weren’t here.” She lifted her chin, pointing her nose in the air. Snobbery like that couldn’t be taught.

James found himself speechless. His father had only attended mass on holidays to appease her.

“He didn’t believe in God.”

“Don’t you dare speak ill of the dead.” The venom appeared. There was always a story or an angle. He’d been living it for as long as he could remember.

All James could do was laugh. “Okay, Mother.” He turned and collected his coat. “Let me know when the funeral is.”